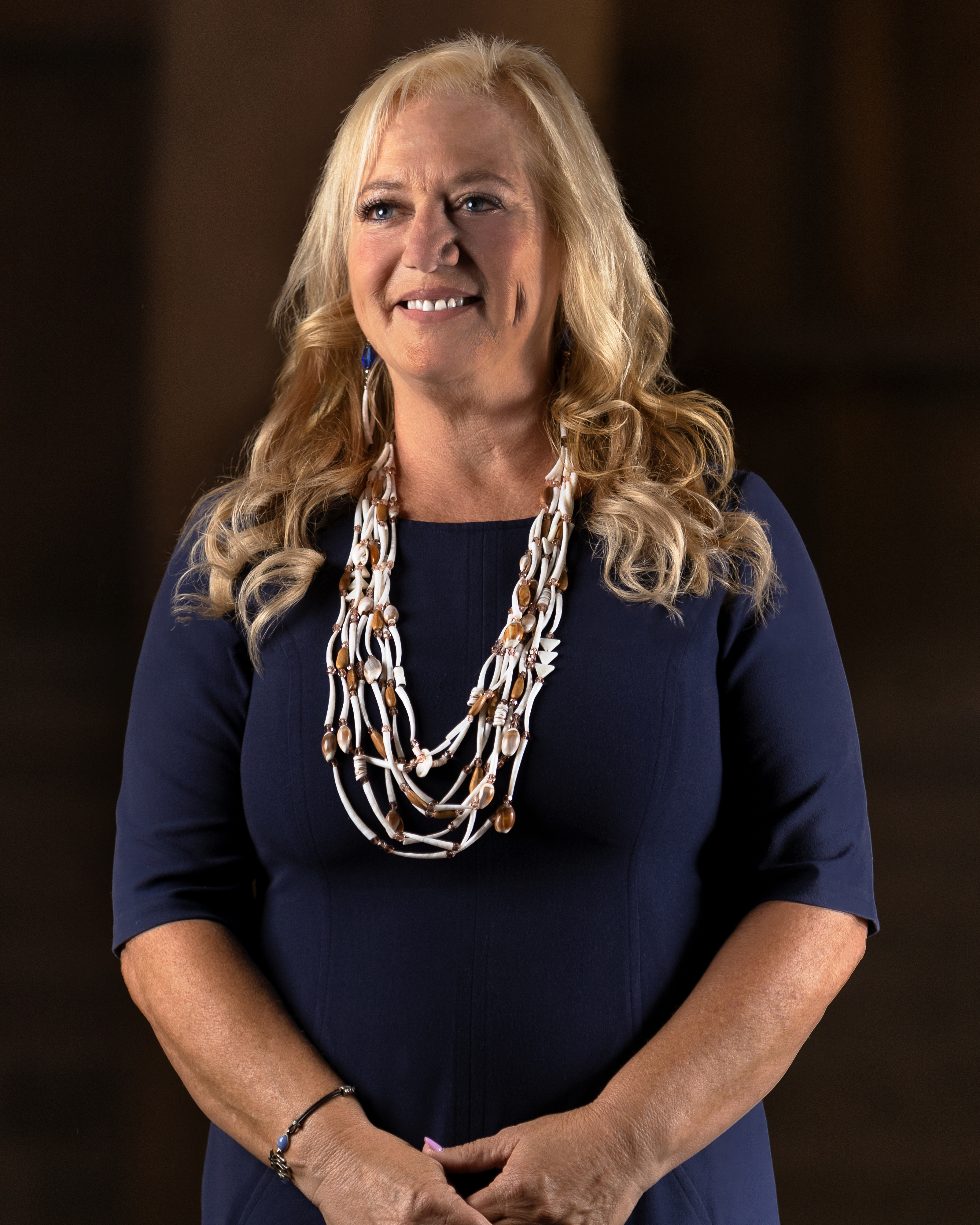 Denise Elvira Harvey was born in Castro Valley, Calif., in 1962 to Maxine (McKnight) Leno and Carl Nusbaum. She is the great-granddaughter of Mary Quenelle and William Langley and granddaughter of Thomas McKnight and Elvira (Langley) McKnight.

She lived in the San Francisco Bay area from 1962 to 1976. In 1976, her mother decided to return to Oregon and she attended high school in Salem. Soon after graduation, she moved to Southern California, where she lived and raised four sons – Benjamin, Ryan, Sean and Jared. She also raised two stepchildren, Blair and Alex, with her husband, John Harvey.

She worked in the Los Angeles County Emergency Department for 16 years as a health coordinator and attended Mount San Antonio College from 1999 to 2002.

Her husband retired from the Los Angeles County Sheriff’s Department in 2001 and the family decided to relocate to Oregon. Harvey started working for the Tribe in 2002 in the Human Resources Department as the Mentorship and Workforce Development coordinator, a position she held until 2010.

“Although I did not always live in Oregon, most of my summers and holidays were spent with family in the Grand Ronde area, which has, along with the time spent here, led me to a deep personal connection to the community,” Harvey said.

“Through work experience, as well as experience as a committed volunteer and team player, I believe that the leadership skills that I’ve developed will support me in providing excellent leadership within the council and the Tribe as a whole.

“I see my leadership role for the Tribe as knowing and learning and sharing relevant information that determines the council’s course of action. This requires objectivity of getting to and the ability to evaluate facts in a clear and precise manner. I may not have all the answers or the solution to a particular problem, but a calm mental disposition is, in itself, already a solution.

“I will be a representative for all Tribal members, and I will endeavor to bring unity to the Tribe, community and to the Tribal Council. It is important for all of us to work together and show respect for all people and to use our hearts and minds to make the best decisions.

“In my 11 years working for the Tribe, I have continually worked with Tribal members and their families. I look forward to the future and I am honored to be elected to Tribal Council.”