Exercise CTGR sovereignty by identifying, acquiring, and managing Tribal lands and resources throughout the Tribe’s ceded lands and other areas of interest.

The Tribal Homelands of the Confederated Tribes of Grand Ronde include the historic Grand Ronde Reservation, ceded lands, aboriginal homelands, and usual and accustomed areas of the Tribe. The antecedent tribes and bands that make up the modern-day Tribe have ancestral homelands ranging from southwest Washington, through most of western Oregon, to northern California.

In the 1850s the tribes and bands were forcibly relocated to the Grand Ronde Indian Reservation in northwest Oregon, in most cases after signing treaties with the United States that promised them certain rights and benefits. After federal termination in 1954, the Tribe was left virtually landless and only retained the Tribal Cemetery.

Since restoration in 1983, the Tribal Government has made the re-acquisition of its lands a priority. The re-acquisition of lands allows the Tribe to improve and expand its services to Tribal Members, expand tribal housing, broaden their economic base, improve infrastructure, and much more.

The Confederated Tribes of Grand Ronde is blessed to have received land donations from individuals, from non-profit entities such as The Nature Conservancy, from local governments such as Tillamook County, and others.

If you are interested in discussing a property donation with the Tribe, or would like more information regarding the process, please contact Jan Michael Reibach, Tribal Lands Department Manager, at Lands@GrandRonde.org or by phone at 503-879-2394. 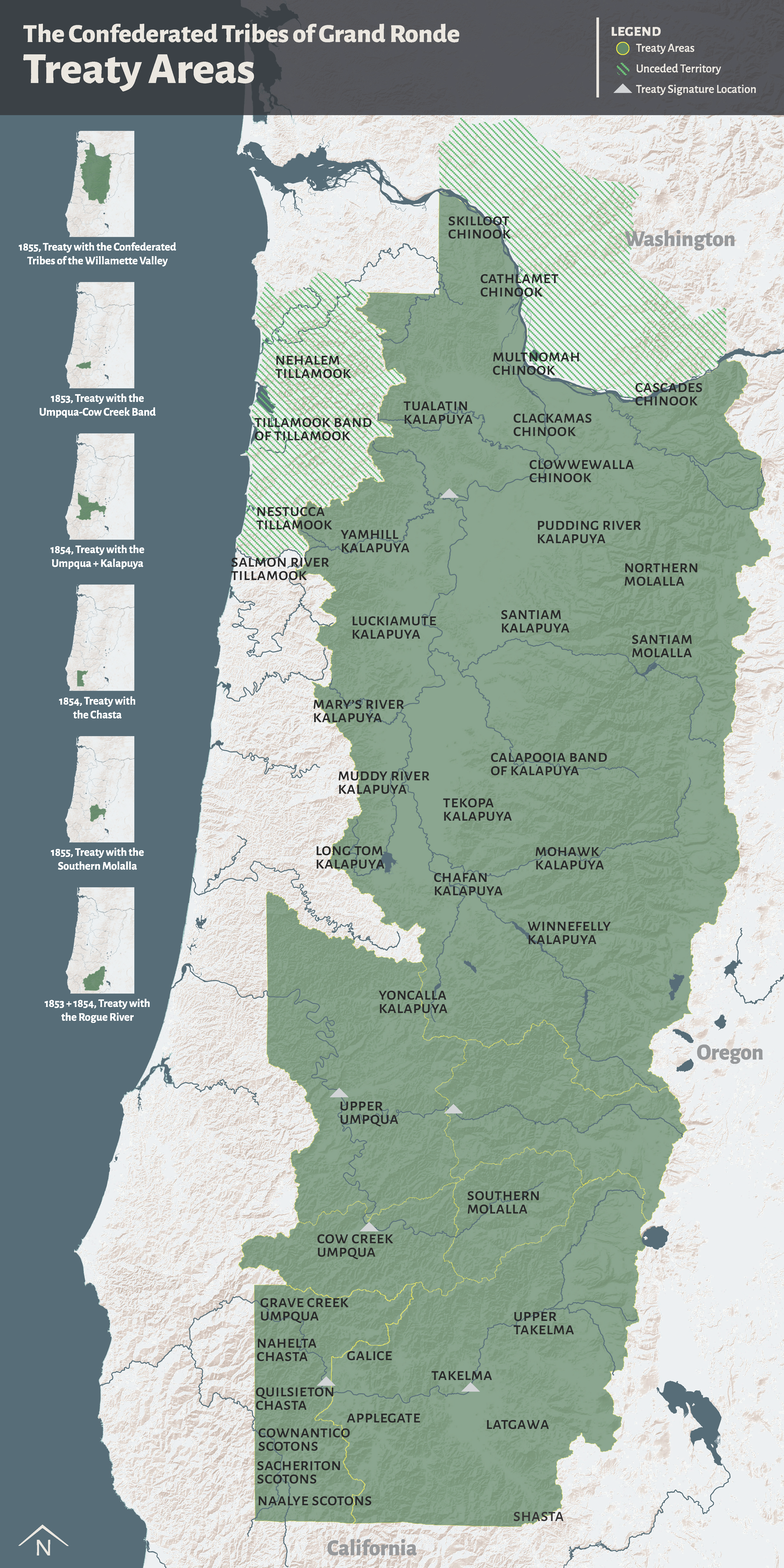