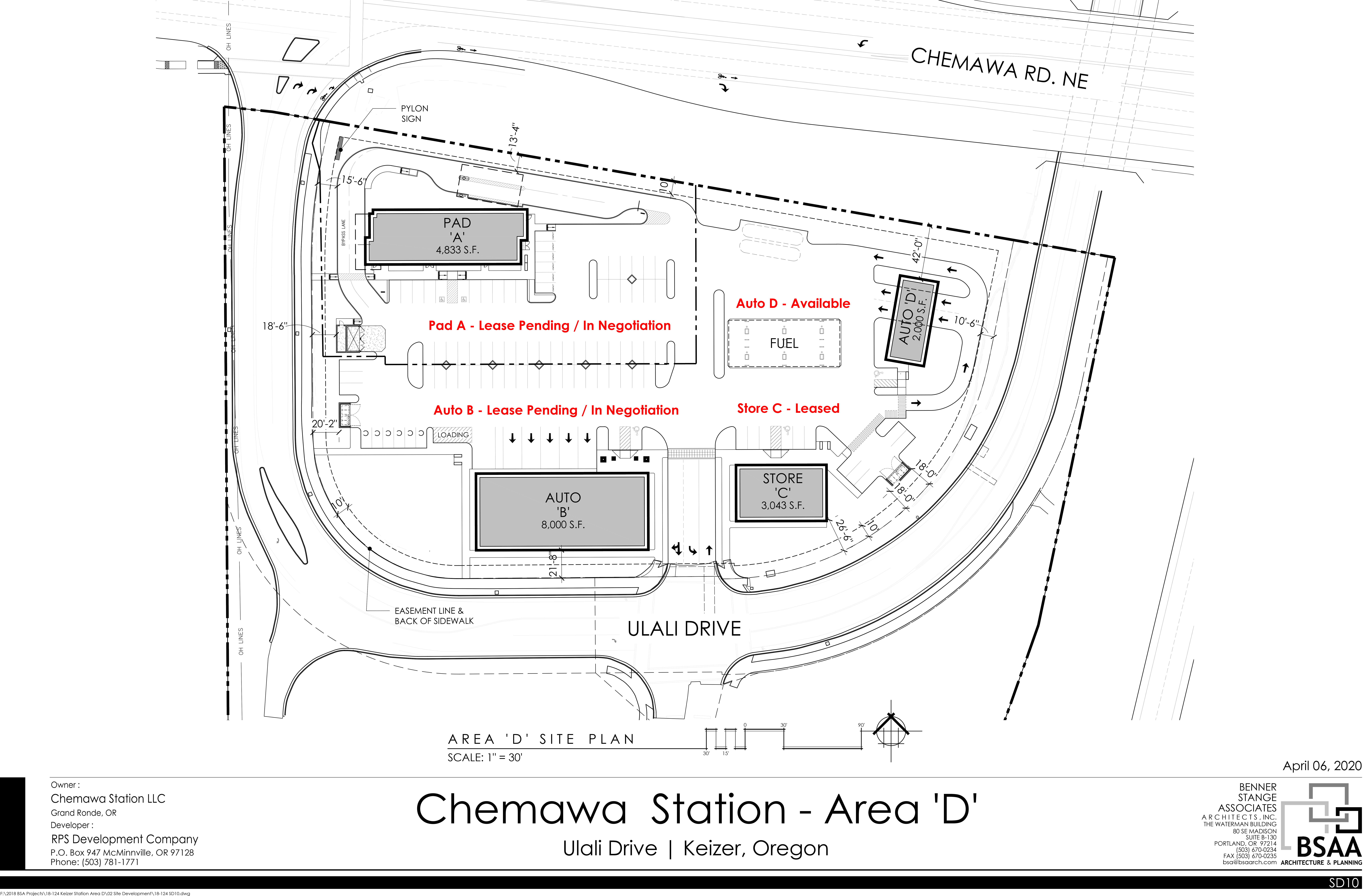 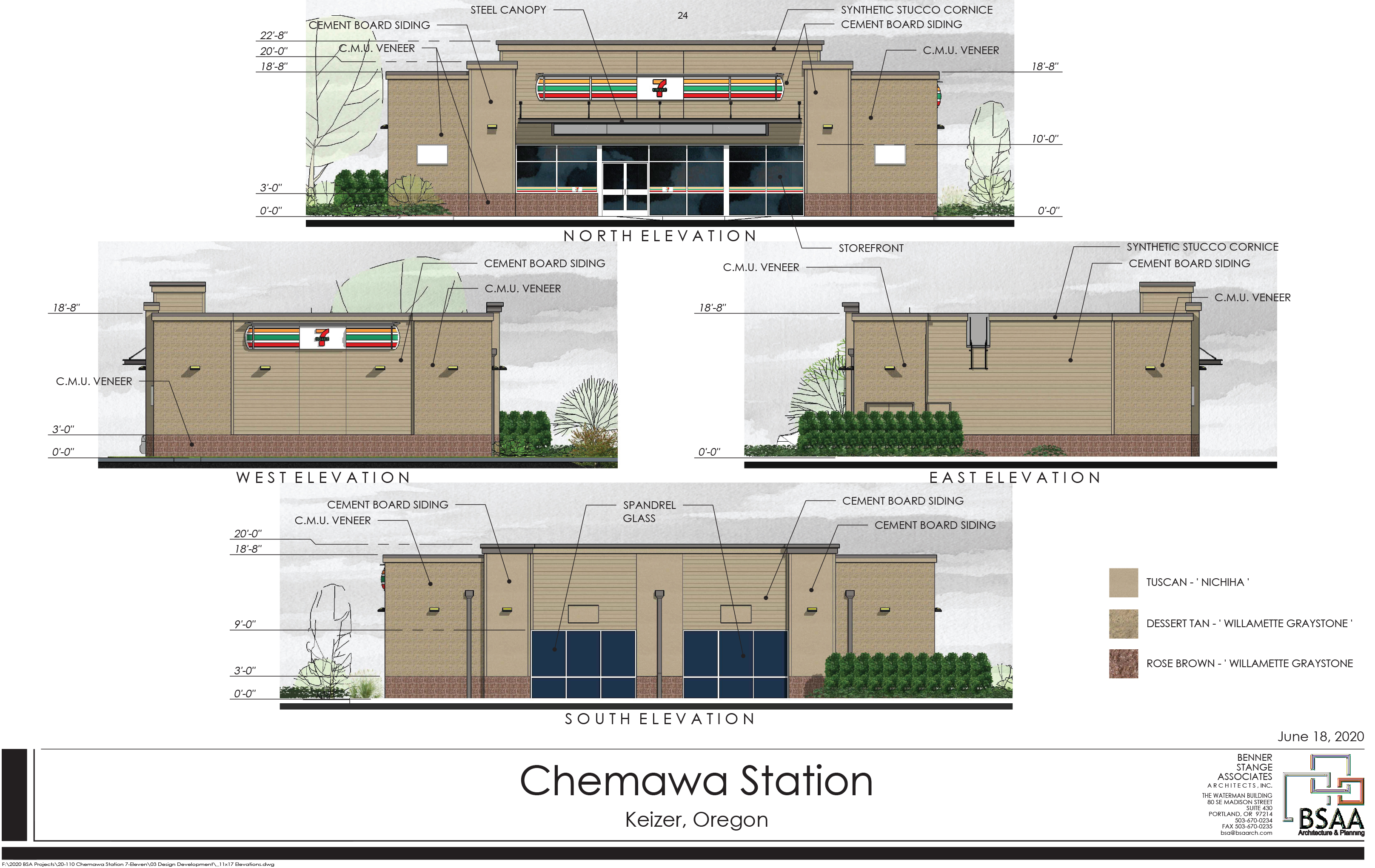 Last year, the Chemawa Station, LLC. Board of Directors and the Tribes approved capital contributions for infrastructure improvements and development while staff pursued and negotiated leases for the site. In February 2020, the LLC and the LLC’s Co-Executive Officers successfully executed a lease with 7-Eleven for the development and operation of a fueling station and a convenience store in the northern portion of the Tribes’ property, which is known as the jug-handle. Staff are currently negotiating a lease for two building pads in the jug-handle and are working with a Portland based broker to identify a final tenant for the site.

Infrastructure improvements in the jug-handle are currently underway and construction on the convenience store and fueling station is set to take place this Fall.

Additional information will be shared as it becomes available.

The approved amendments to the site reduce the number of buildings allowed from four to three and moves the proposed eatery from the north side to the west side of the site.

Chick-fil-A representative Steve Schwartz said the changes will allow the restaurant to operate two drive-through lanes around the building.

The 5,200-square-foot restaurant is projected to employ between 80-100 positions.

There are currently two Chick-fil-A eateries in Beaverton and one each in Hillsboro, Bend, Medford and Clackamas.  The restaurant chain specializes in breaded, boneless chicken sandwiches with two buttered buns and has more than 2,400 outlets in 47 states and the District of Columbia, according to its company website.

In January 2020, Grand Ronde Tribal Council approved a lease with 7-11 Inc. to build a convenience store at Chemawa Station.

The Federal Highway Administration transferred ownership of the 15.7-acre property to the Grand Ronde and Siletz Tribes under the Indian Self-Determination Act in 2002.  Ground was officially broken on the site in December 2019. 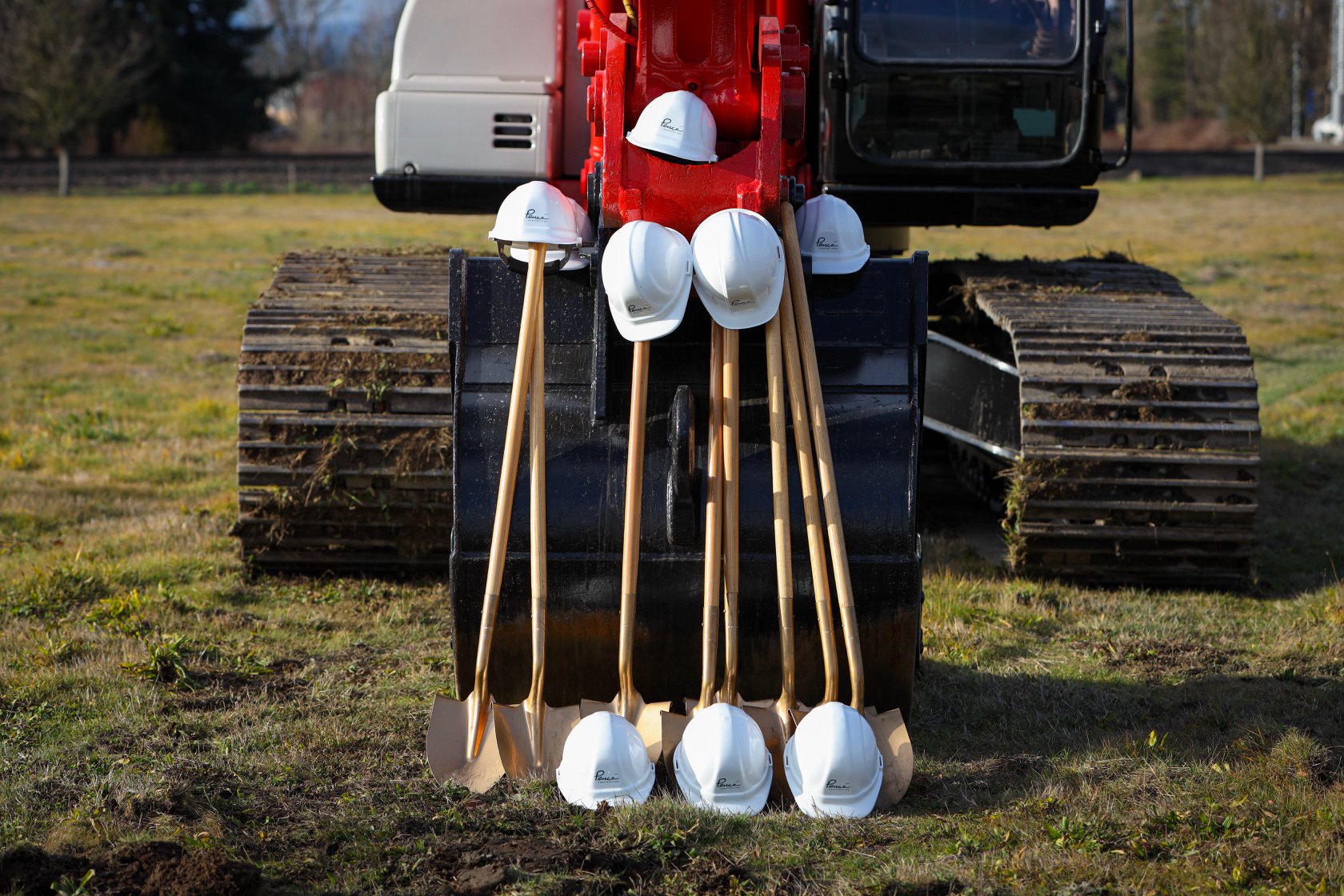 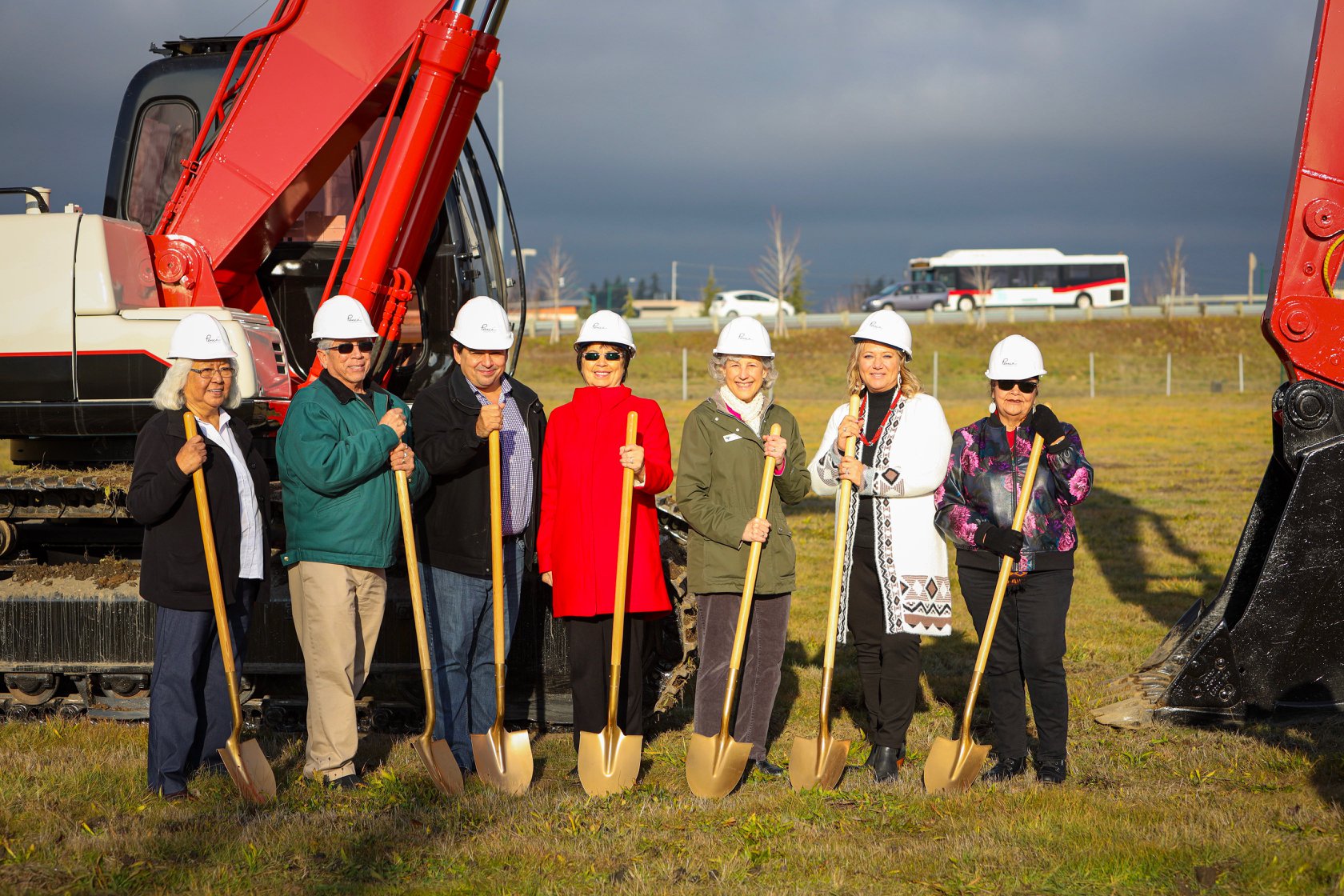