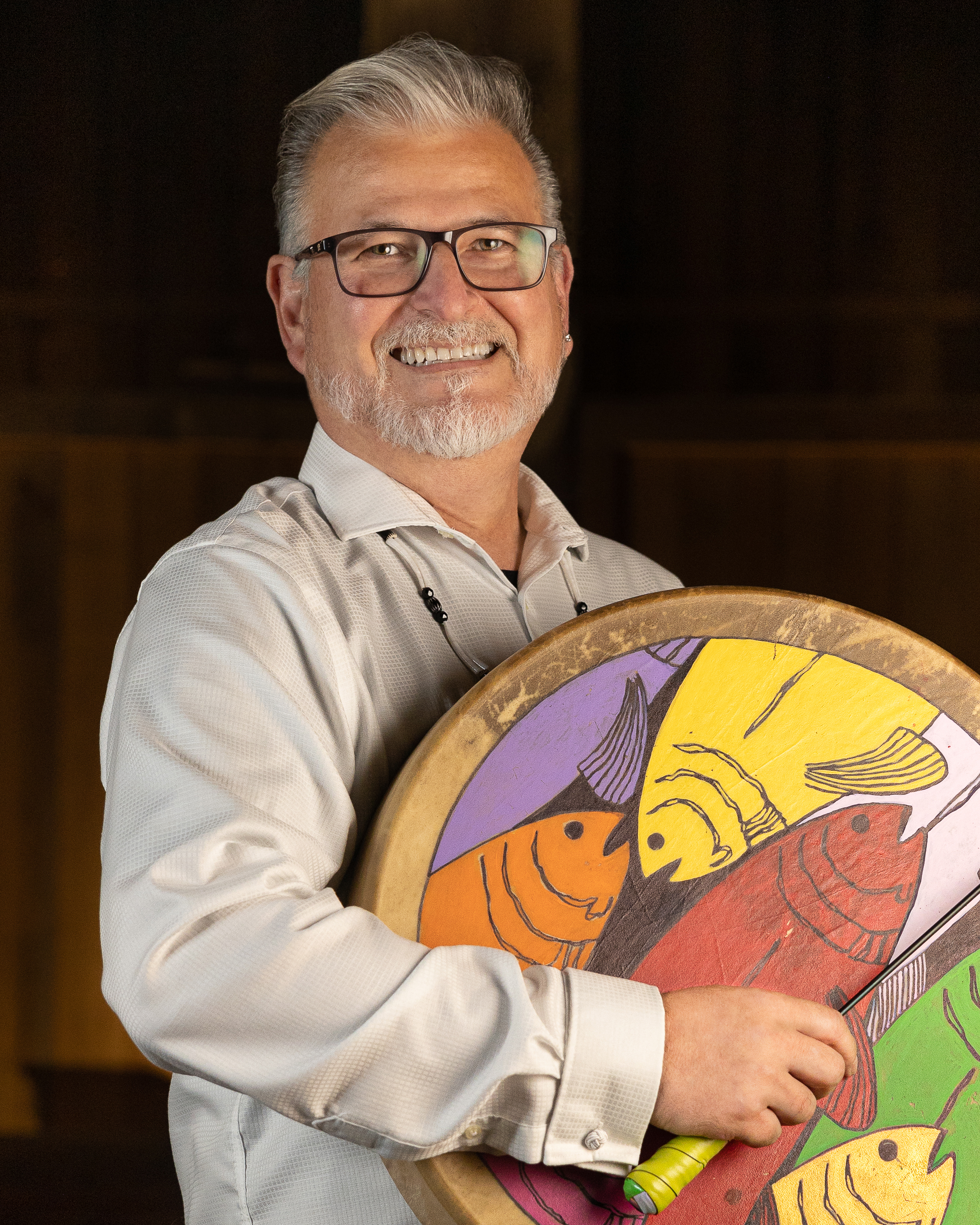 Jon A. George was born in Grand Ronde on May 25, 1961, and raised during the time of the Tribe’s Termination.

His parents are the late Lloyd “Al” George and Myrna Dickey and his siblings are Jerry, Tim and Rick George and his late sister Tammy.

He is the grandson of Lloyd George Sr. and Alberta Riggs and the great-grandson of Lewis Riggs, Lena Norwest and Wilson Bobb Sr. He is a direct descendant of Chief Solomon Riggs.

He has served on the Tribal Powwow, Health and Education committees.

He obtained an associate degree from Chemeketa Community College and has worked for the Tribe for 21 years, most of that time as a vocational rehabilitation specialist in the Tribe’s Portland office for 14 years and Nanitch Sahallie for seven years.

He is married to Patricia Lynn Carroll (George) and has three sons – Jonathan, Trey and Tynan.

He was elected to Tribal Council in September 2012 during his first run for Tribal office.

“After prayer and counsel, I believe it’s my time to serve,” he said in his candidate statement when running for office. “I want to represent and empower the membership; to be a voice for the people; to encourage civil and reciprocal dialogue; to bring hope instead of politics as usual.”